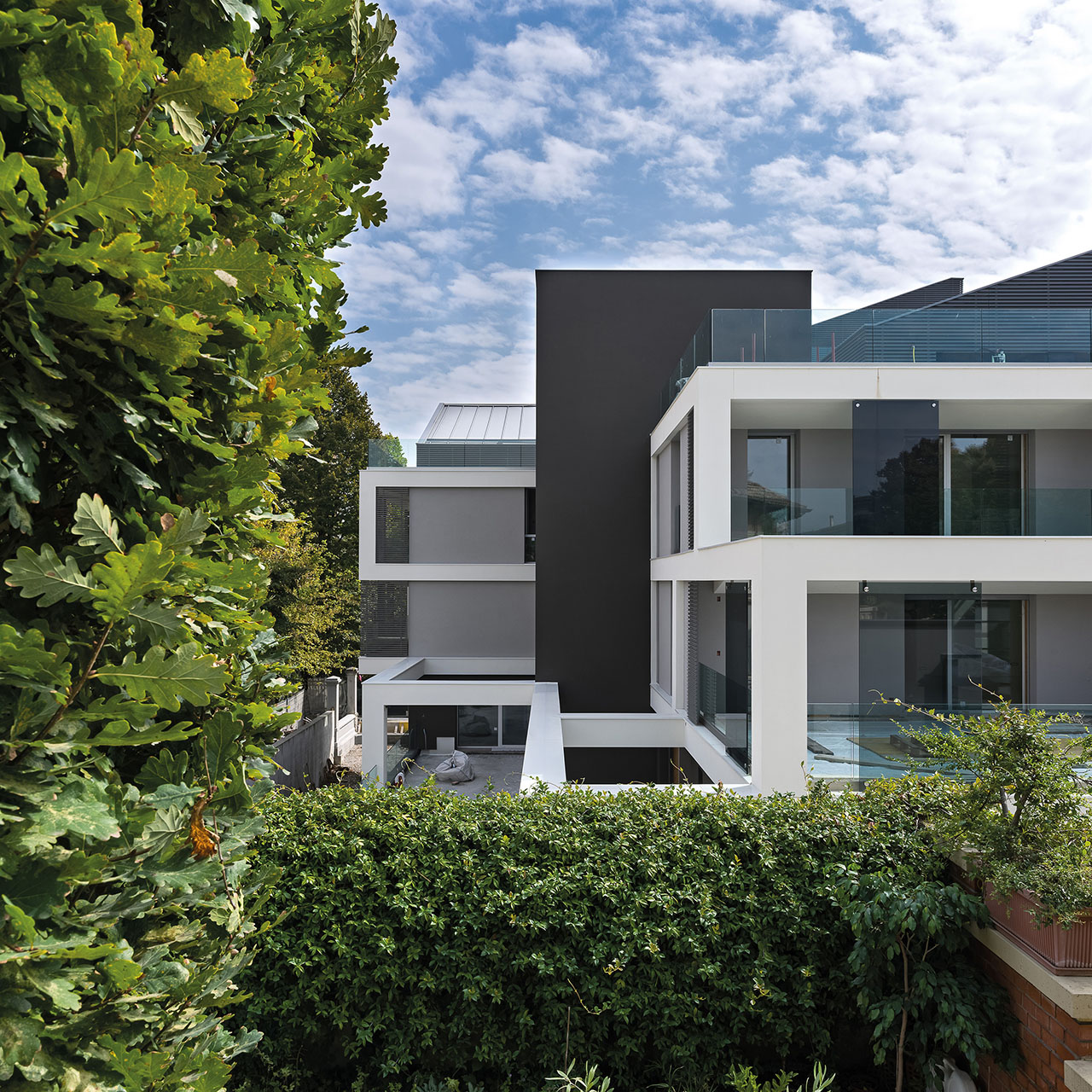 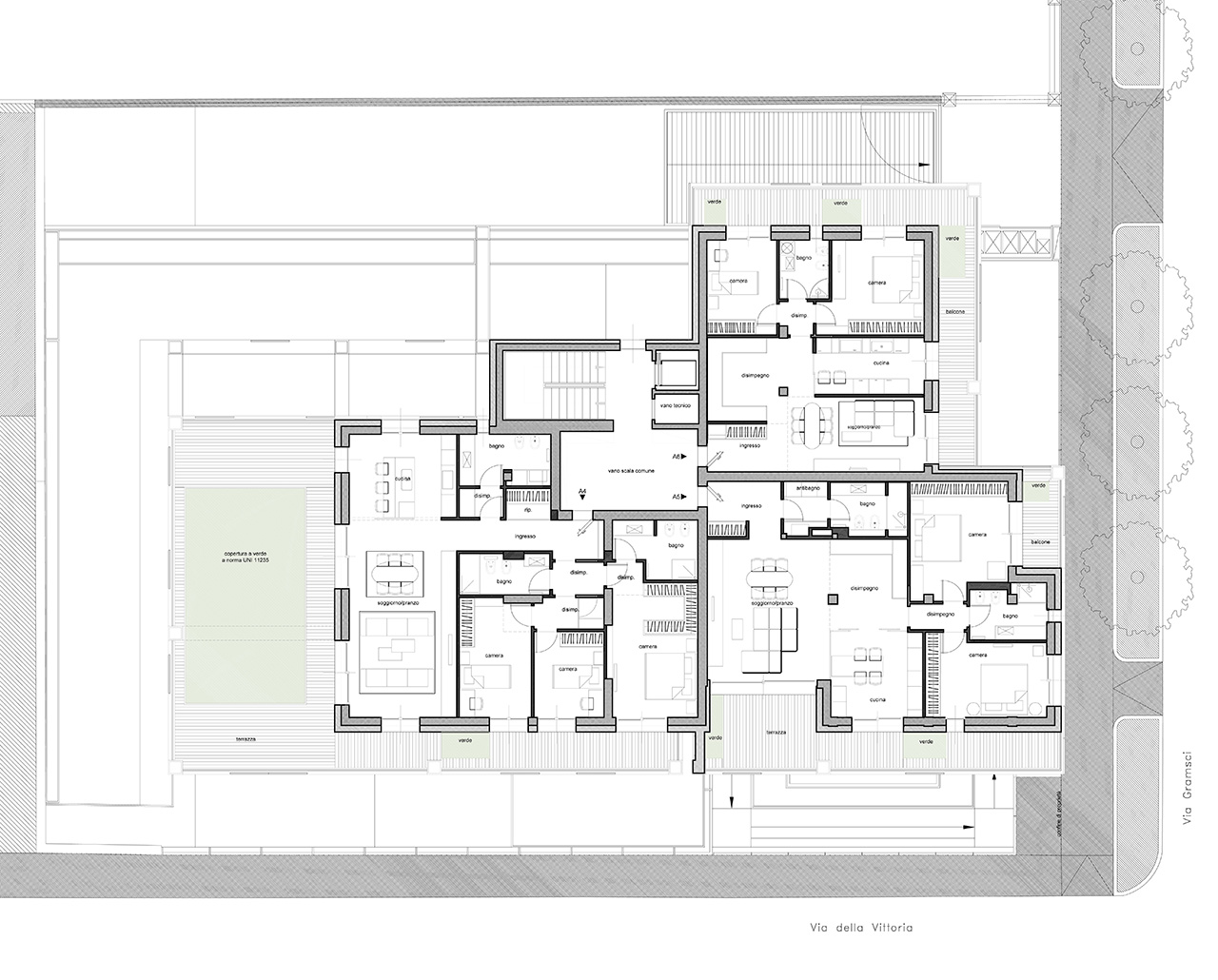 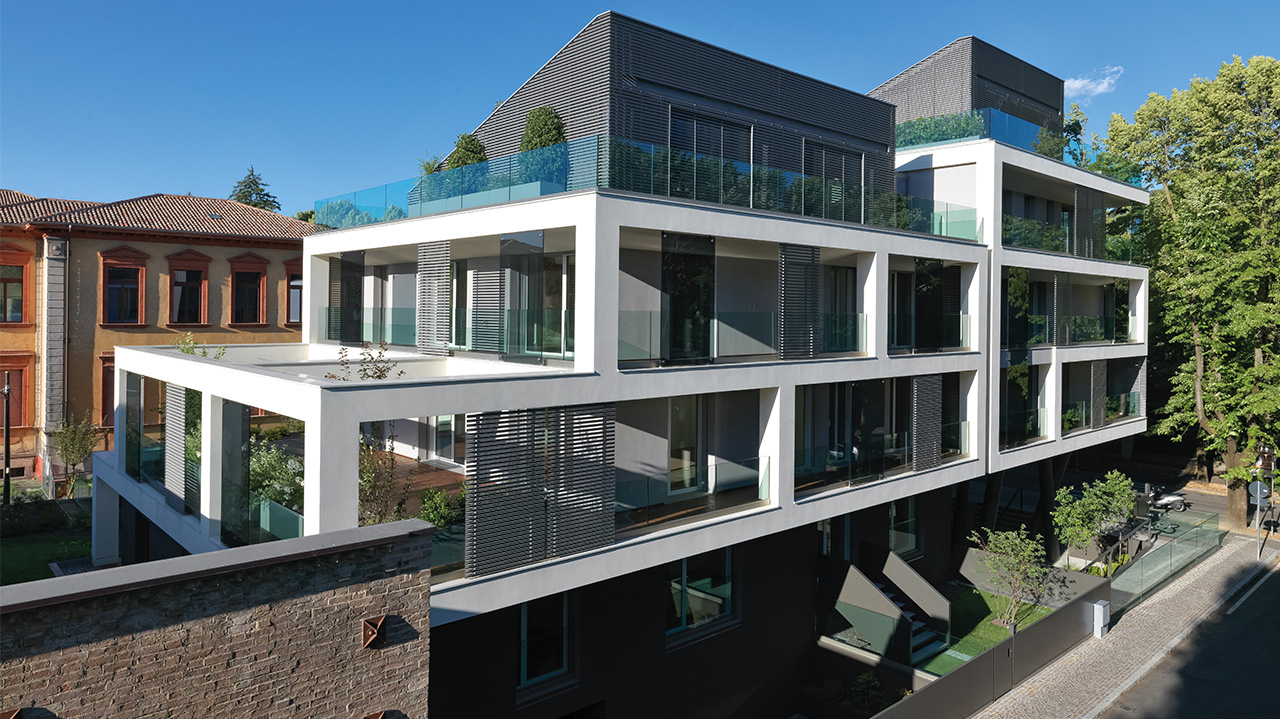 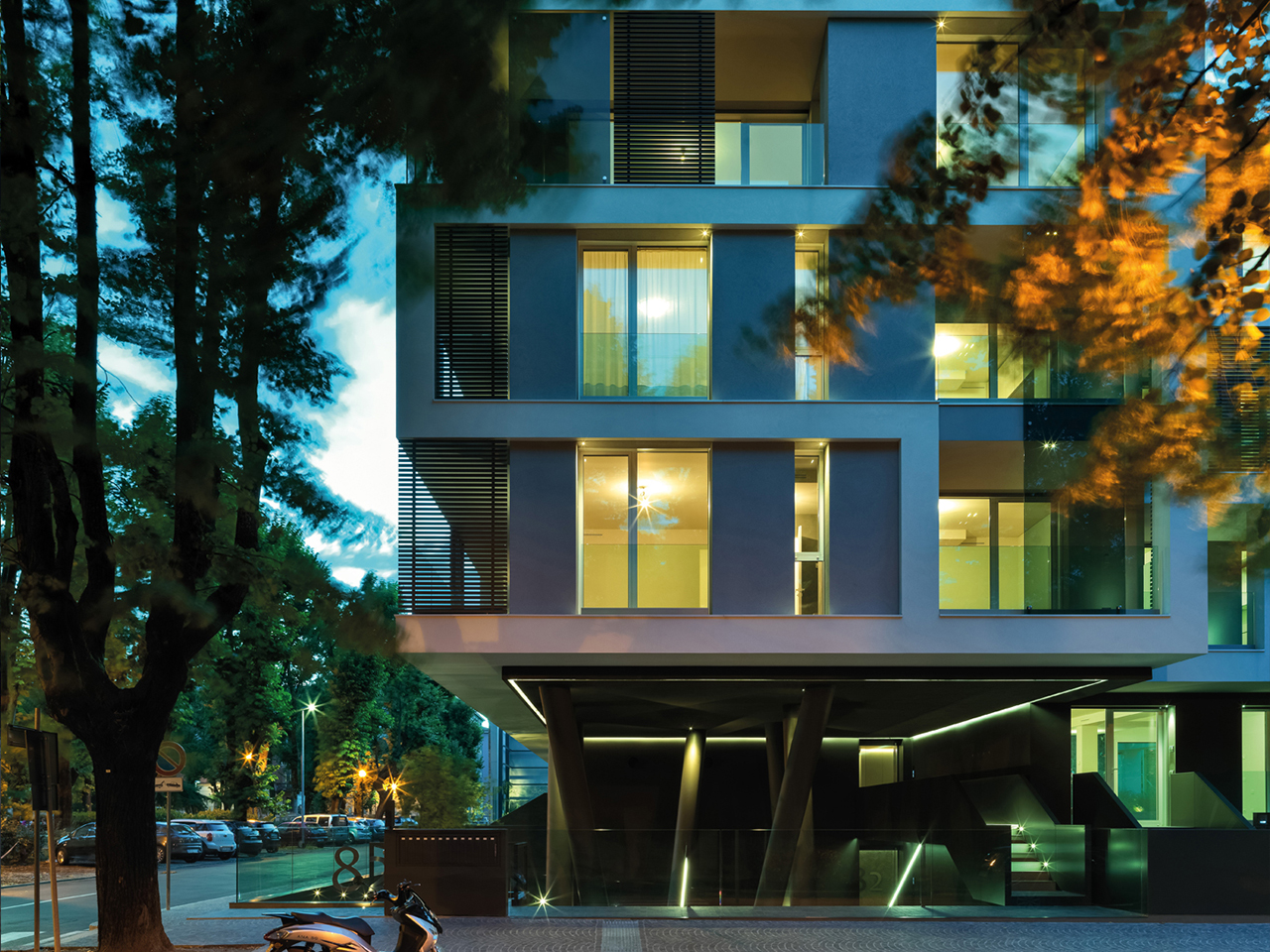 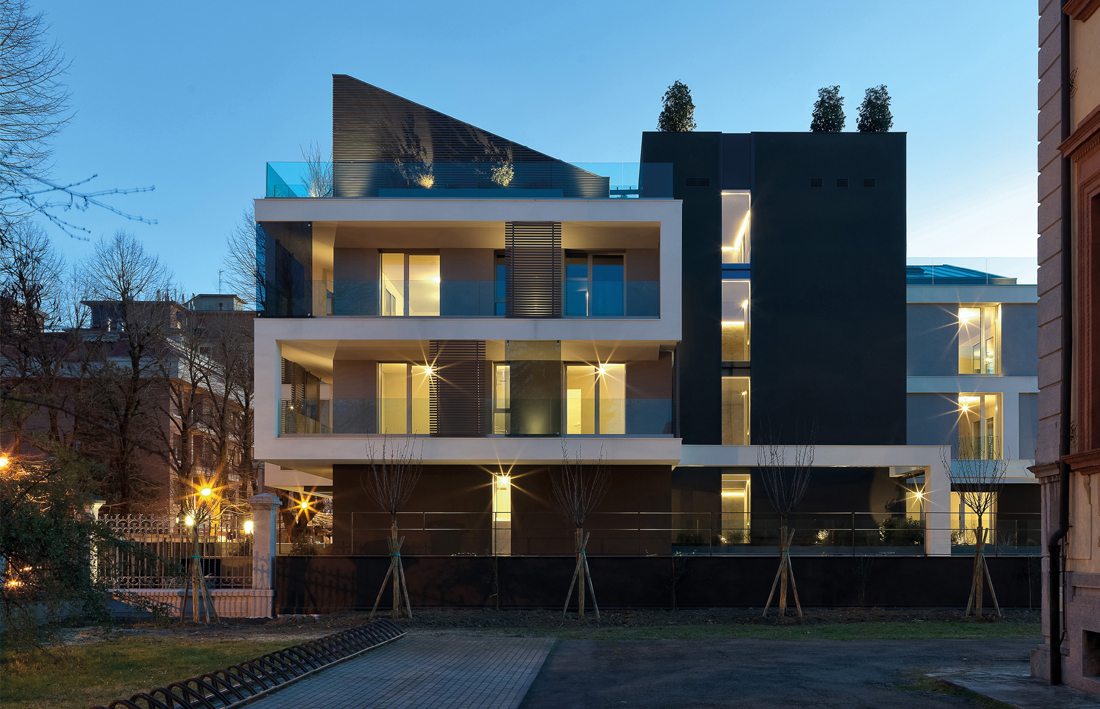 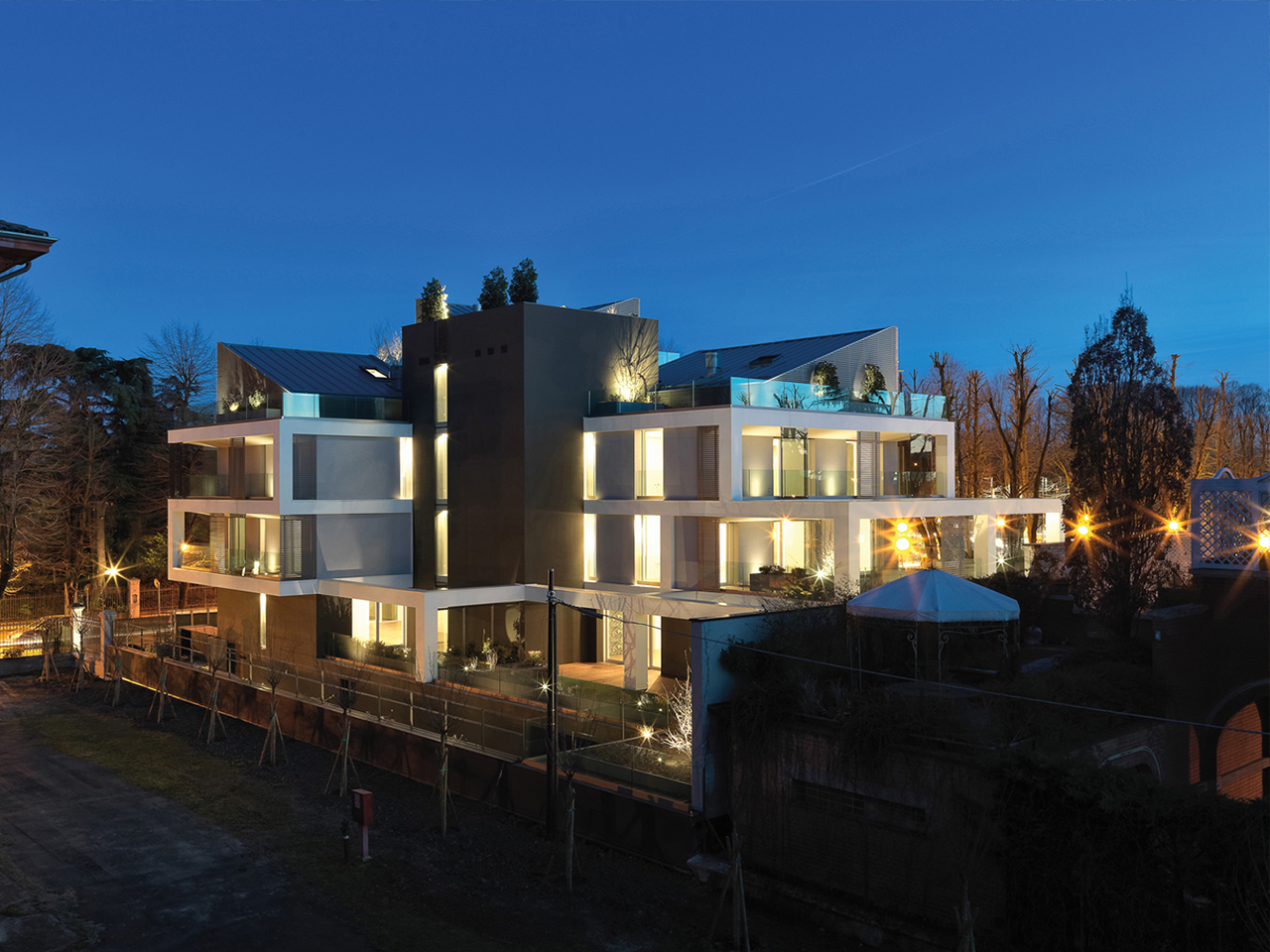 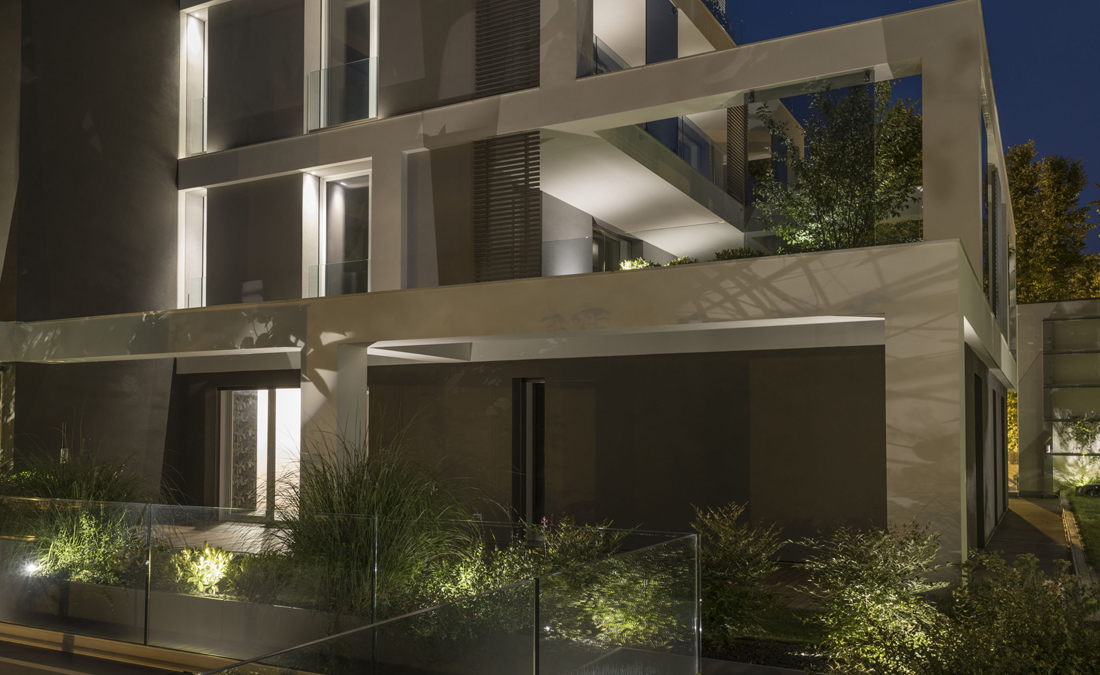 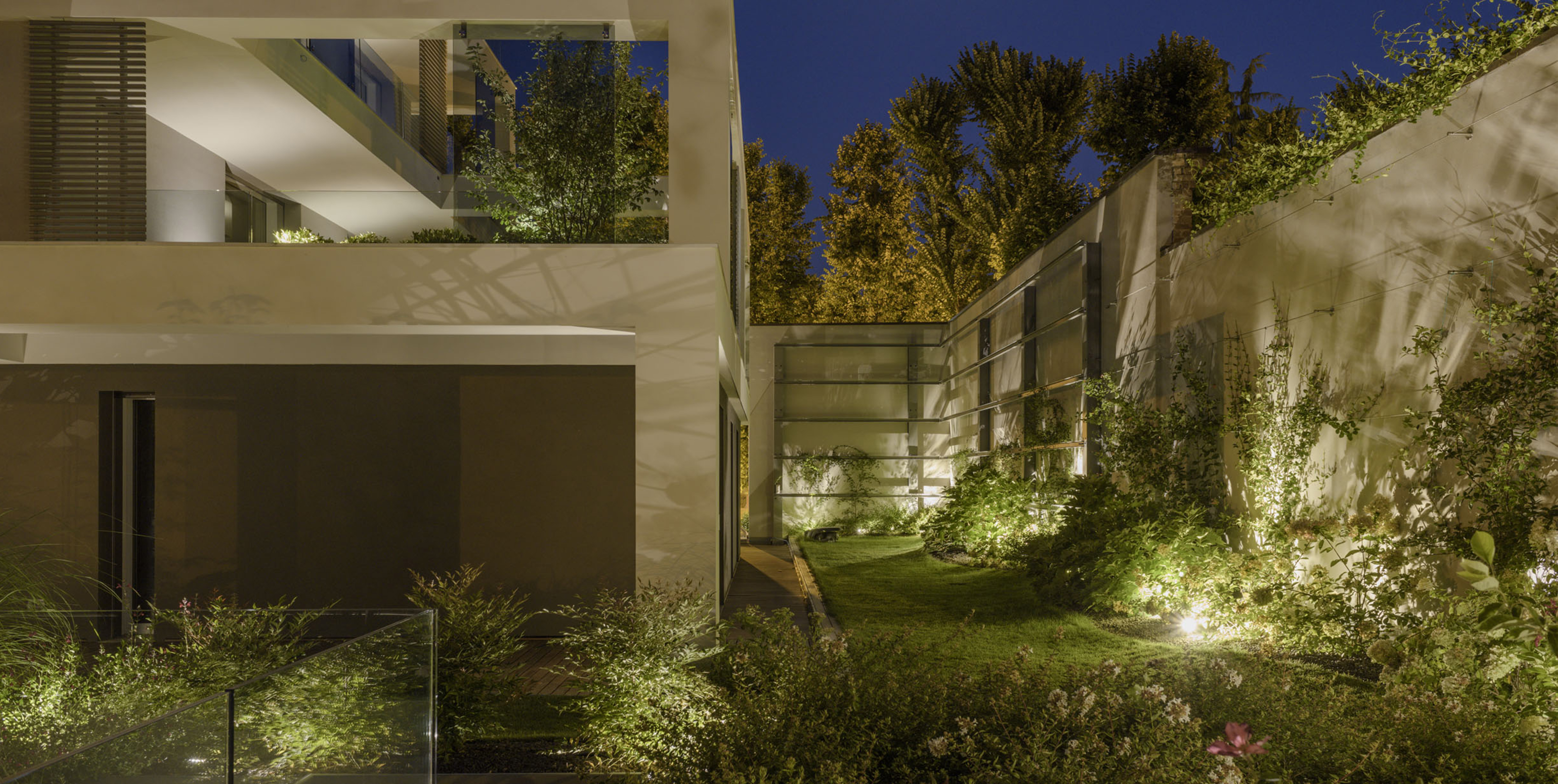 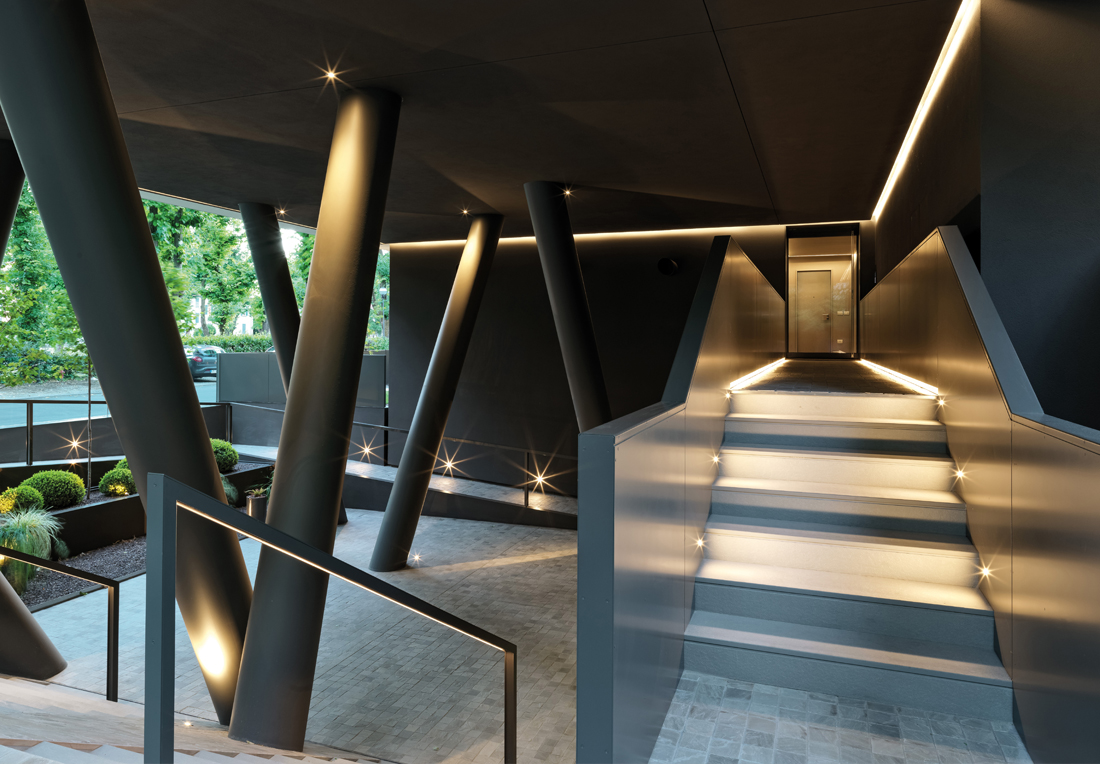 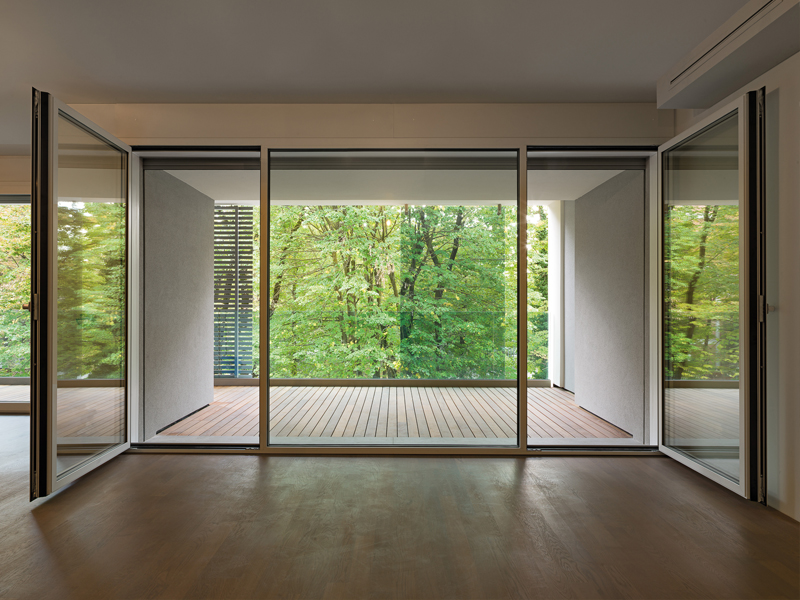 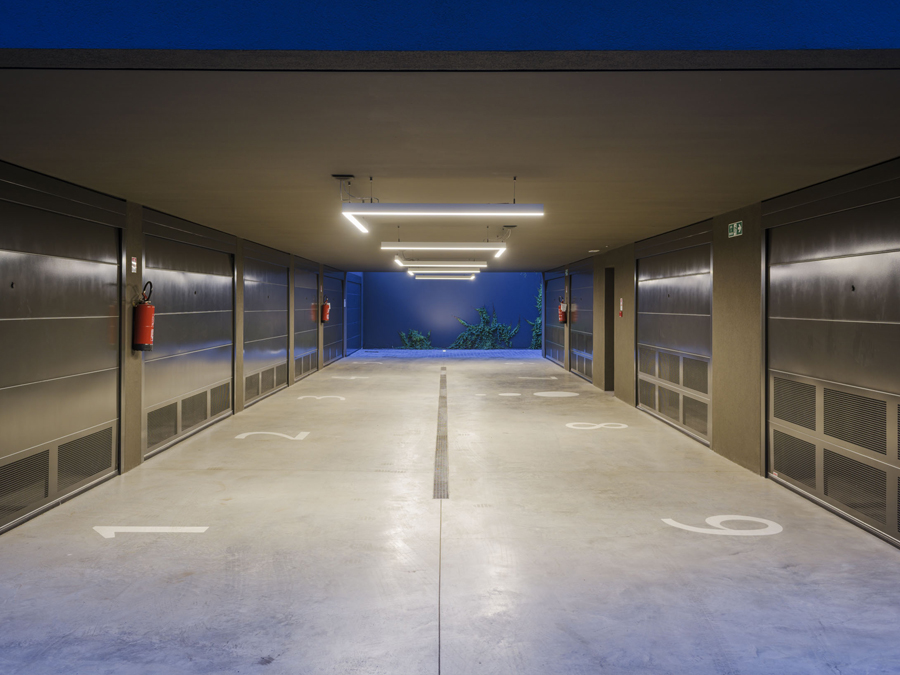 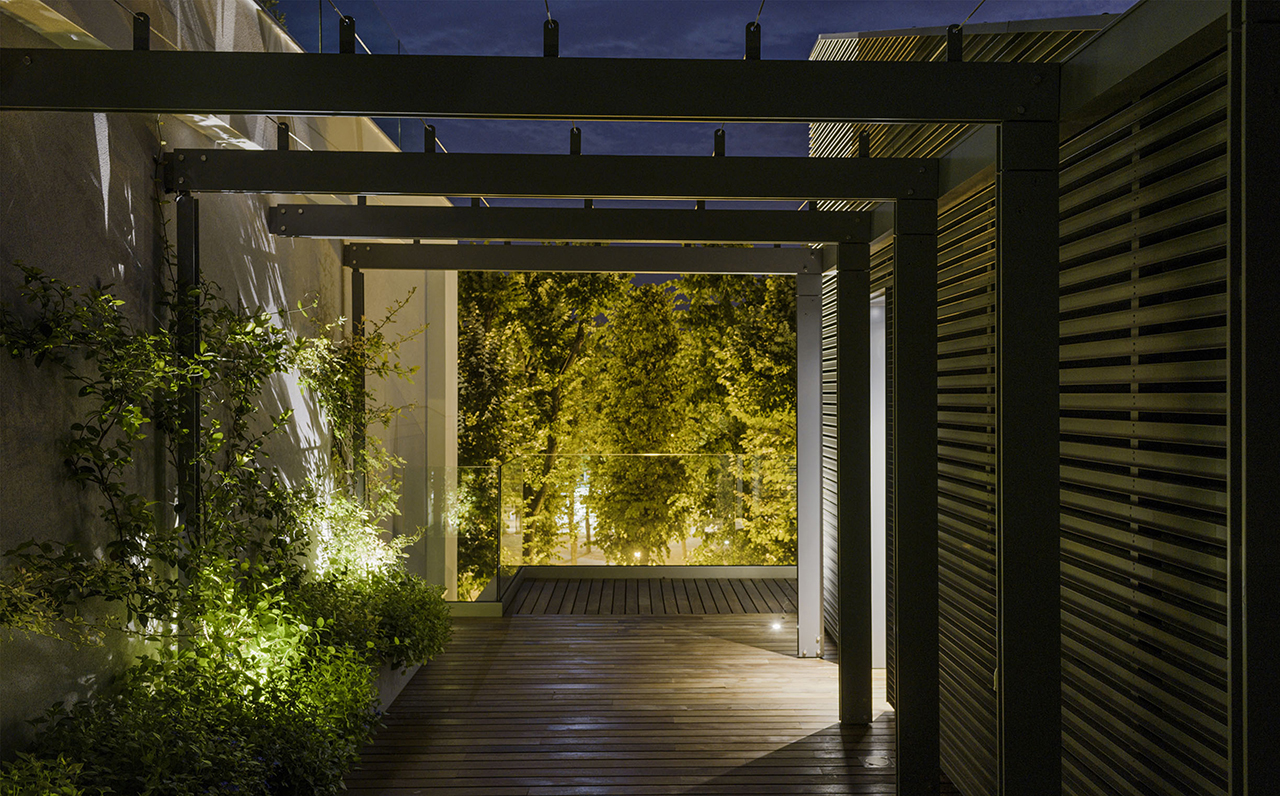 Planning and realisation of 10 luxurious apartments endowed with private hanging gardens in the historical downtown of Fidenza, where the private area can overlook the public park. The intervention was developed in collaboration with Studio Del Boca and was born with an innovating intent, for both the building’s aesthetic and engineering and constructive technologies, so to be considered a near-zero energy building (nZEB) according to the current legislation on the buildings’ energetic performance standards (DM 26/6/2015). The house earned the “Passive House” certification, released by PHI ITA (Passive House Institute Italia), and the “Active House” certification, released by ActiveHouse Italia, with a Label for the major recognition directly from the President the ActiveHouse Allianz. It is also a Multicomfort Building, as certified by Saint-Gobain.